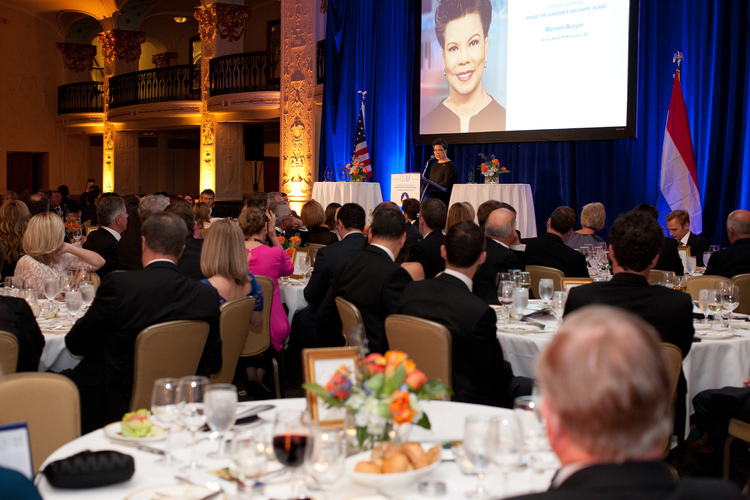 For over 400 years, the Netherlands and the United States have been partners.

Holland on the Hill, a joint project of the Netherlands Embassy, the Dutch Caucus, the Netherlands business community and the Netherland-America Foundation aims to strengthen these ties on an economic, political and cultural level.

This is marked by offering annually The Holland on the Hill Heineken Award honors to an entrepreneur who has made a substantial and positive contribution to the U.S.-Dutch economic relationship, exemplifying the best of both worlds. This award is linked to the renowned annual Ambassadors’ Awards dinner at the Mayflower hotel in Washington, DC.

City Cufflinks® was proud to be a contributor to this Netherland-America Foundation Ambassadors' Awards Dinner on April 21, 2016 in Washington, DC. Featuring our New York City and Amsterdam designs. Offering modern design and connecting cities, countries and above all, people.

Yet another outstanding example of a cufflink-moment.